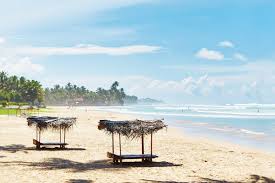 A decade ago, it would have been unthinkable that Lonely Planet, the best-selling guide book in the world, would select the country as its most preferred global tourism destination. With its aggressive politics and bloody insurgency, Sri Lanka was a much lonely country, with most of the northern and eastern regions remaining unreachable as a result of fighting.

However, Lonely Planet has at present given this honor on Sri Lanka for 2019 — and local tour operators of the country are overjoyed. They still remember rounds of cancellations in bookings whenever bombs went off on this picturesque Island, and several years of negative press about human rights violations and security fears.

All that slowly started changing after the civil war came to an end in 2009. Nevertheless, in late 2018, their expectations for a tourism boom faltered when President Maithripala Sirisena disqualified Prime Minister Ranil Wickremesinghe, infuriating a constitutional crisis that jeopardized to restore civil strife. Now, the political calmness has apparently established, with the restoration of the prime minister and a semblance of stability.

However, the Indian Ocean Island has turned out to be a pawn in the great-power politics playing out between the U.S., China and India. In tourism, the growth of China is already having an effect. Many Sri Lankans consider the West as a traditional source of tourists.

However, they are being superseded by a growing tide of Chinese visitors. The huge visitor influx threatens to weaken Sri Lanka’s image as a comparatively unspoiled destination — even though it is not just due to growing Chinese interest.

The popular Yala and Uda Walawe game reserves for example drew many more Western visitors than Chinese in the recent year-end holiday season, according to Ajantha Palihawadana, senior naturalist at the Rascals Kite Resort at Kalpitiya.